In the world of real estate and investing, it’s always wise to ask questions and understand your options. David Moore of Equity Advantage examines whether a vacation or second home can be considered an investment property, and how long a property has to be held to be considered held for investment. Get the expert insight you need about vacation homes and 1031 exchanges.

When Can a Vacation or Second Home Be Considered an Investment Property?

A few decades ago, my mother-in-law had a beautiful place on the beach in Southern California, and it came time to sell that property. I suggested she do an exchange on the property, but when she talked to her tax people, they said an exchange wasn’t possible because the property wasn’t an investment. I said they should look at how the property had been treated over the past few years. The tax people continued to assert that the property was a second home, but I pointed out that they hadn’t been there in years. Considering the circumstances, I thought it could be treated as an investment property.They reminded me that it hadn’t been rented out, and I asked, “Does something have to be rented out to be considered held for investment?”

You have to look carefully at these things and the definitions of an investment property, and obviously there are gray areas there. Finally, in 2008 we got Rev. Proc. 2008-16. That sort of gave us a set of safe harbors that allowed the exchange of second homes. For a second home to qualify for an exchange, you have to restrict your personal use to two weeks or 10 percent of the time it’s rented for the two years preceding disposition and the two years after acquisition.

We went from an area where it was sort of gray and you had to look at it and make sure you agreed with your tax people about what it is and how it’s going to be treated to some framework, safe harbors that allow us the exchange of those properties. But those of you in the tax and legal communities and the real estate community should look at how you define real property held for investment. So although a second home needs to have restricted personal use for that two weeks or 10 percent of the time, two years preceding and past the acquisition, what would be the result of a true conversion to an investment property? 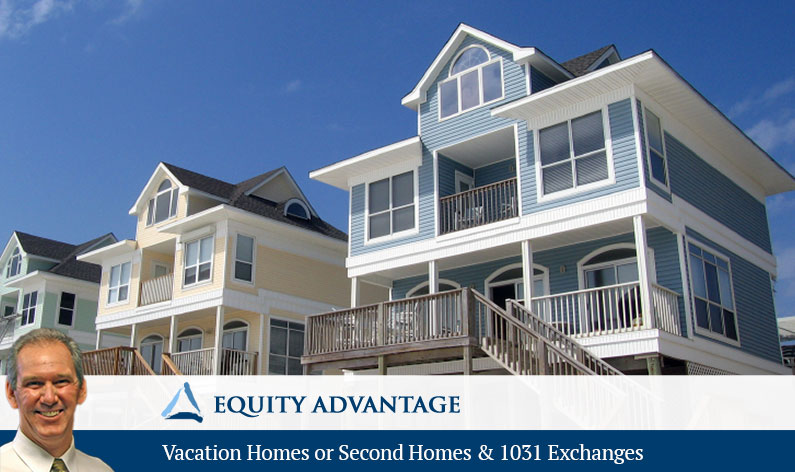 How Long does a Property Have to be Held to be Considered Held for Investment?

A few years back, we had a court case where somebody exchanged into a property, held it for four months, moved into the property, they were audited, taken to court, and the taxpayer actually prevailed in court after a four-month hold. They argued their intent when they bought the property was to hold it for investment. Once again, you’ve got to look at it. Most important, in a lot of these transactions, we’re looking at gray areas, and you want to have good, competent tax people. Tax people, you’re paying for an answer, not paying to learn on your behalf, but if you’ve got a situation where you’re sort of pushing the lines, if somebody were to ask me how long I’d like to see. Oftentimes people come in and they say, “Well, two years is what I’ve been told I have to hold the property to have it considered held for investment.”

I’ll ask they where they get that information, and they usually say the code says that. Well, the code talks about two years with a related-party transaction, but if we’re looking at an arm’s length disposition or acquisition, there’s really no stated black and white minimum holding that code. If somebody were to push me, I’d tell you a year based upon a couple of different factors. First, there is the break between short- and long-term tax rates on assets held for investment. Second, this has been proposed a couple of times. So if we look at what the government’s looked at, what they’ve proposed historically, I think that would be something that you could defend.
Ultimately, it’s going to come down to you and your tax people. Talk to them well before April 15. They like to know about these things before it’s time to file the paperwork. Take advantage of the professionals in your life. Understand the rules that are there as well as the rules that aren’t. By all means, ask questions. The only dumb question is the one that’s not asked.

1031 exchanges are complex, using an exchange accommodator like Equity Advantage puts a professional in your corner who knows all the rules. It just takes a phone call to get started, 503-635-1031.